As one of the earliest surviving structures in Vinings, the Old Pavilion has provided shade, entertainment and a gathering place for generations of locals and visitors.

The Pavilion was originally built as an open-air structure in 1874 by the Western & Atlantic Railroad to encourage residents of a resurgent Atlanta to venture out of the city for day trips. Atlantans would go to Vinings by train, then walk a block to the Pavilion for dining, dancing and games. The building was purchased in the 1940s by Earle Carter Smith, a great-great-granddaughter of early Vinings settler Hardy Pace. She added walls and windows, and leased space to antiques dealers.

In 1996, the Pavilion was in danger of being razed for a development of new homes at the intersection of Mountain Street and Ranch Road. Vinings civic groups raised the money to move it two blocks, to the grounds of the Pace House.

Post-move renovations included the addition of a deck, catering kitchen and restrooms.

The Old Pavilion is designated as a Cobb County Historic Landmark.

Click on the gallery below to read about a few events at the Vinings Pavilion in the late 1800s. 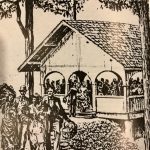 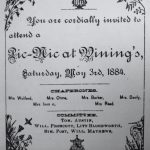 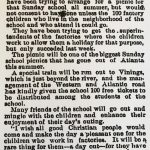 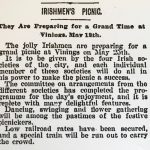 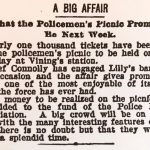 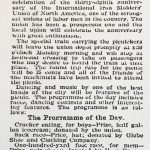