"She Built Bridges Across Gulfs of Prejudice and Ignorance"

In 1904, ferry service across the Chattahoochee at Vinings was replaced by a $10,000 steel truss bridge. Locals were happy to have the bridge, even though they sometimes had to wait their turn to cross the one-lane structure. 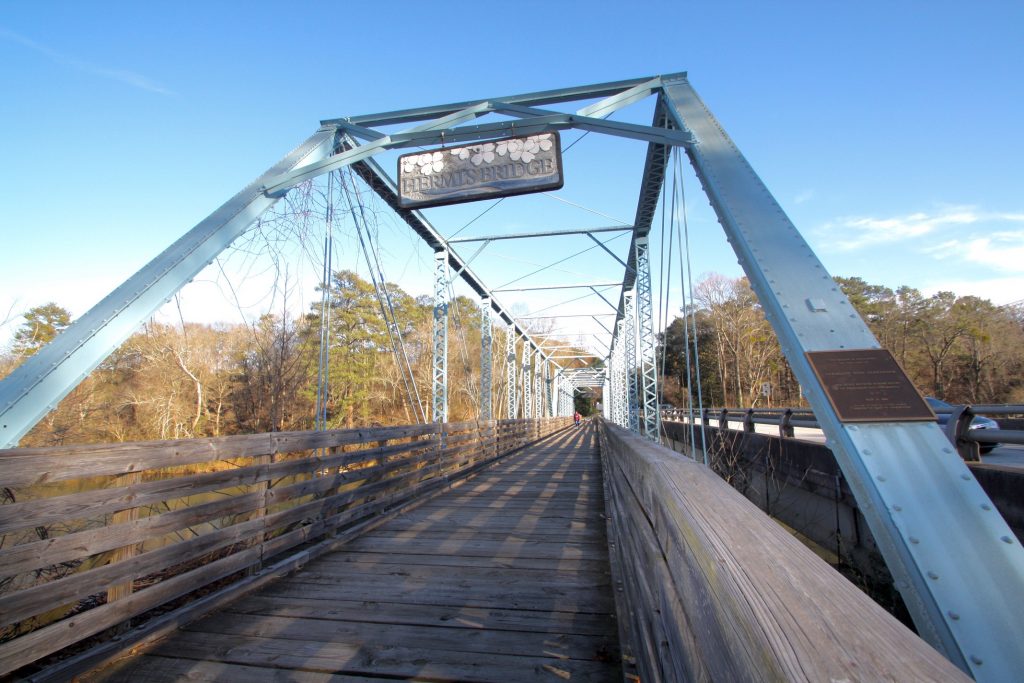 For the next 70 years, the bridge was the only direct connector between Vinings and Buckhead. In the early 1970s, Fulton County made plans to replace the dilapidated old bridge with a modern two-lane concrete bridge.

Thanks in large part to lobbying by nearby residents Cecil and Hermoine (Hermi) Alexander, the old bridge was preserved for pedestrians instead of being destroyed, and the new bridge was built alongside.

For the next decade, the Alexanders went about living their lives, he continuing to gather acclaim as an architect, and both deeply involved in local civil rights and social justice causes. At Cecil's request, the Fulton County Commission named the Vinings footbridge for Hermi, and erected decorative carved signs at both ends.

Time passed, and by 2006, Hermi's Bridge was in bad shape. Its steel was rusting, wood planks rotting, and lead-based paint flaking into the river below. Deemed unsafe, the bridge was closed.

Cecil went to work to raise the $1 million needed to refurbish the bridge. He got support and money from officials in Fulton and Cobb counties, the PATH Foundation, the Lovett school, local organizations and individuals.

In 2010, Hermi's Bridge reopened following a complete rehabilitation, including reinforced pilings, new steel parts, added decking and railings, an approach sidewalk, a new coat and color of paint, and landscaping from the bridge to the drive in front of Canoe restaurant.

On the side of the bridge, a bronze plaque reads:

Judith Alexander's story about crossing the bridge into Vinings with her mother, Hermi